Where we went... (we're Wildplay-ing)

We never made it back to blogging here, but if you want to see where we are and what we are up to you can on the blog at bekydaly.wix.com/wildplay or on Twitter @wildplaysussex where we will be letting everyone know about our wild adventures. 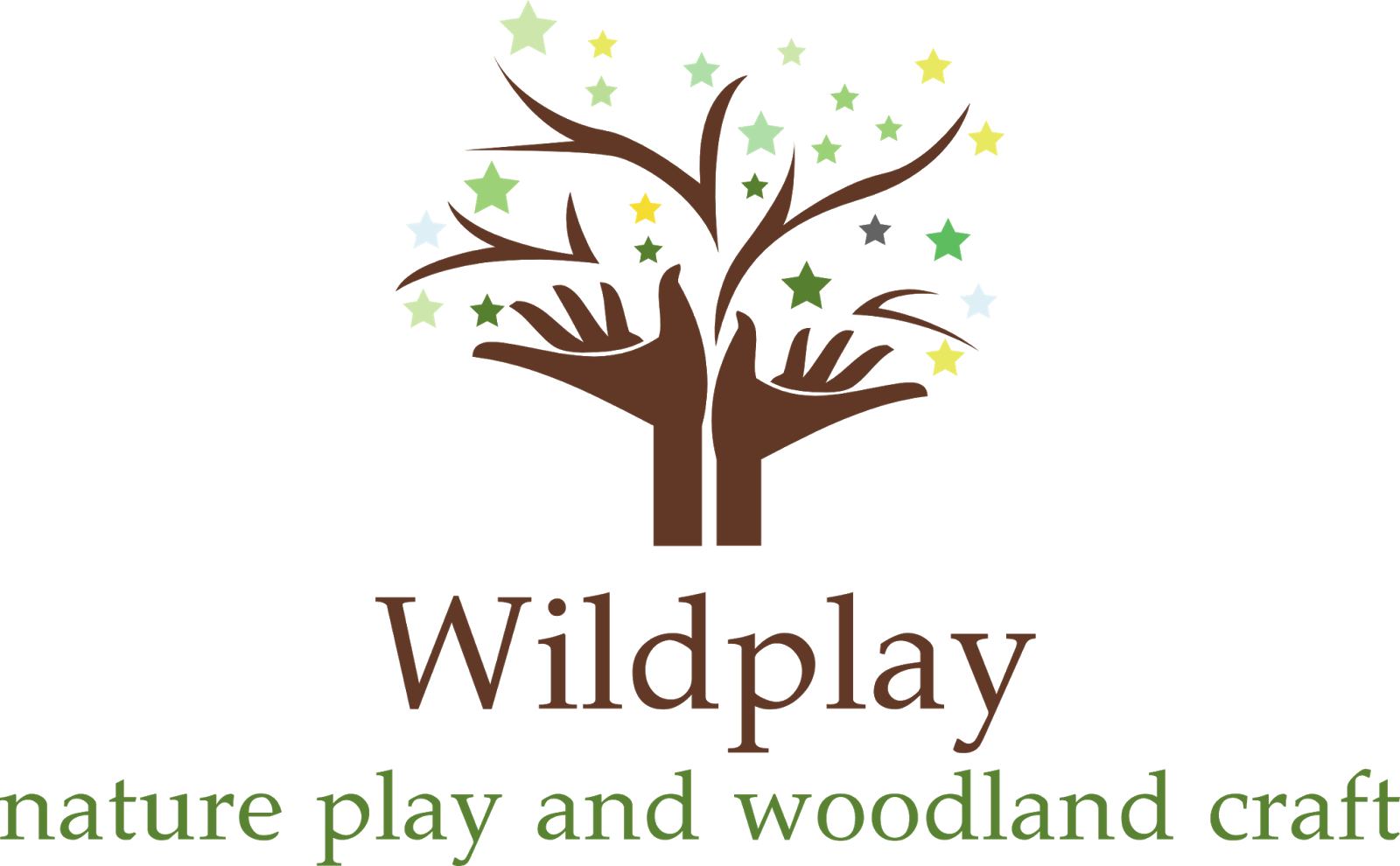 And if you are in the Sussex area come along to one of the Wildplay sessions and meet us for real. We're really excited about concentrating on expanding Wildplay and getting more and more children playing creatively outdoors.
Posted by WeAreWildThings No comments:

While we were stuck inside, apart from watching a lot of TV and preparing for Halloween, I tried to find a few things that Kit could do to entertain him for a little while to settle him - I'm not sure who was more stir-crazy by the end of the day, but he would show his boredom by going wild while I showed mine by struggling to stay awake. We did a lot more Elmer elephants, started on our Christmas preparations, baked cookies, and played with spaghetti and beads.

When I first set it up I told Kit it was a hedgehog and it needed feeding beads on it's spikes. Since then Kit has moulded the playdoh and put the spaghetti on how he wants to. 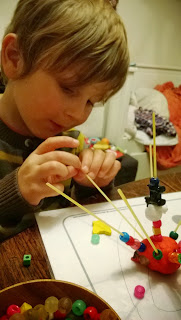 When Kit was younger I used to always take pipecleaners and beads out on train journeys to entertain him and he has these out at home, with free access and often makes bracelets and necklaces with the  pipecleaners and beads. The spaghetti and playdoh was a new way for him to use his beads, and he is engrossed in the actvity. It's also taught him a bit about balance as he had some disasters where he concentrated too much on one stick of spaghetti and the whole thing fell over. ﻿
Posted by WeAreWildThings No comments:

One of the books that Kit had picked from the school library was that of Elmer the elephant by David McKee, a story about a very colourful patchwork elephant. If you've ever read the book you'll know that at the end all the elephants celebrate Elmer day by painting themselves in lots of patterns. Knowing that Kit is happiest when he is drawing I asked him if he would like to make some patterned elephants like in Elmer, he was very keen and insisted I cut out some elephants for him, which I've been instructed to do every night since and gradually they have been taking over our flat. 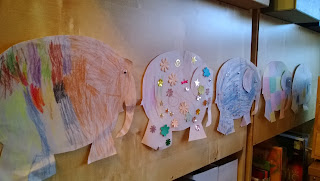 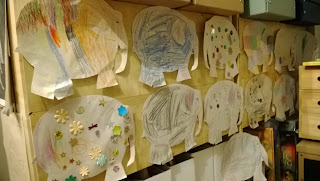 Posted by WeAreWildThings No comments:

WeAreWildThings
Worthing, United Kingdom
Kit and me live in our little flat, but try to spend lots of time outside of it. We don't have a lot of money, and most of the time it's just the two of us but, when we aren't at work/school, we have lots of fun. We thought we would share it with you all, and maybe show you some more ways to have fun too.

It pays to be green!